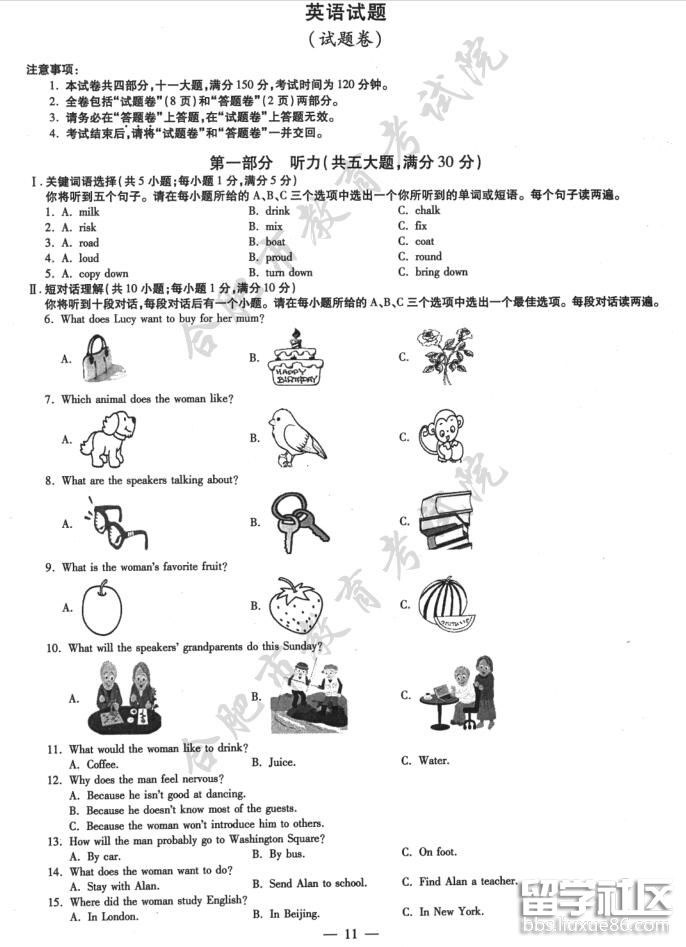 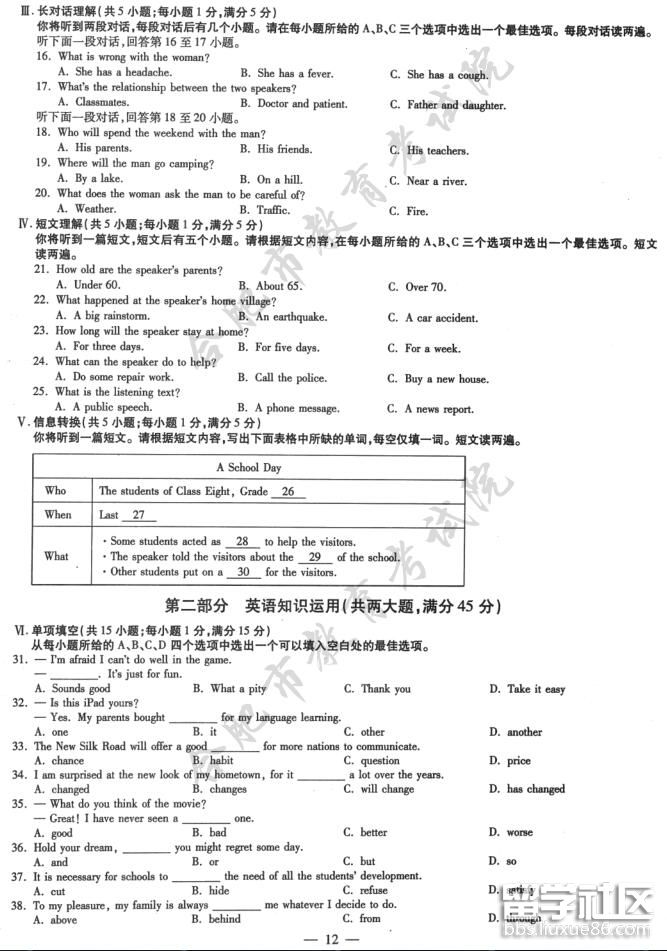 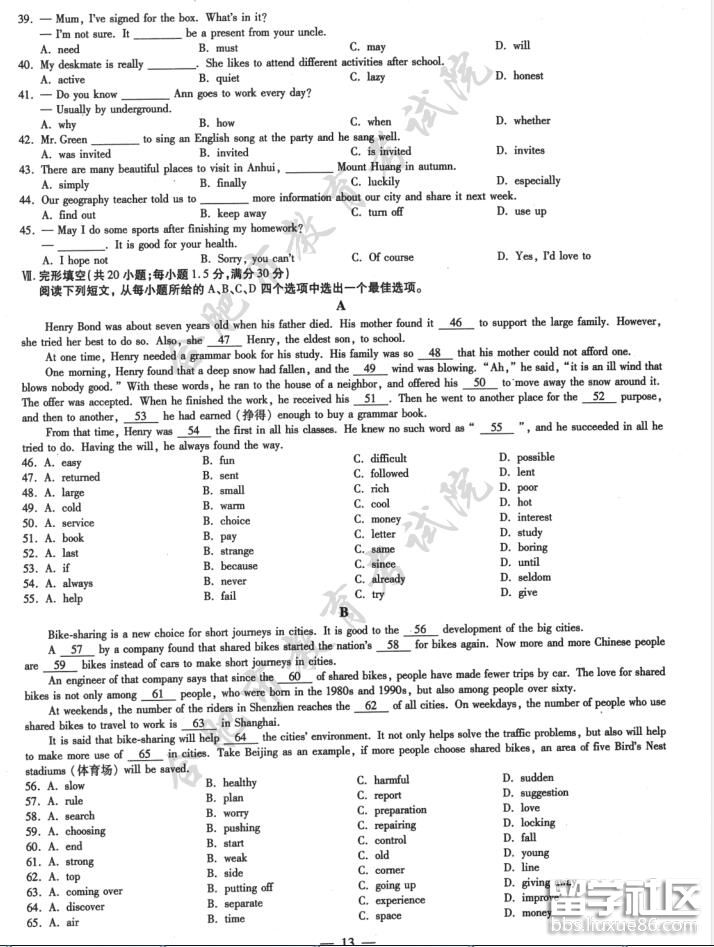 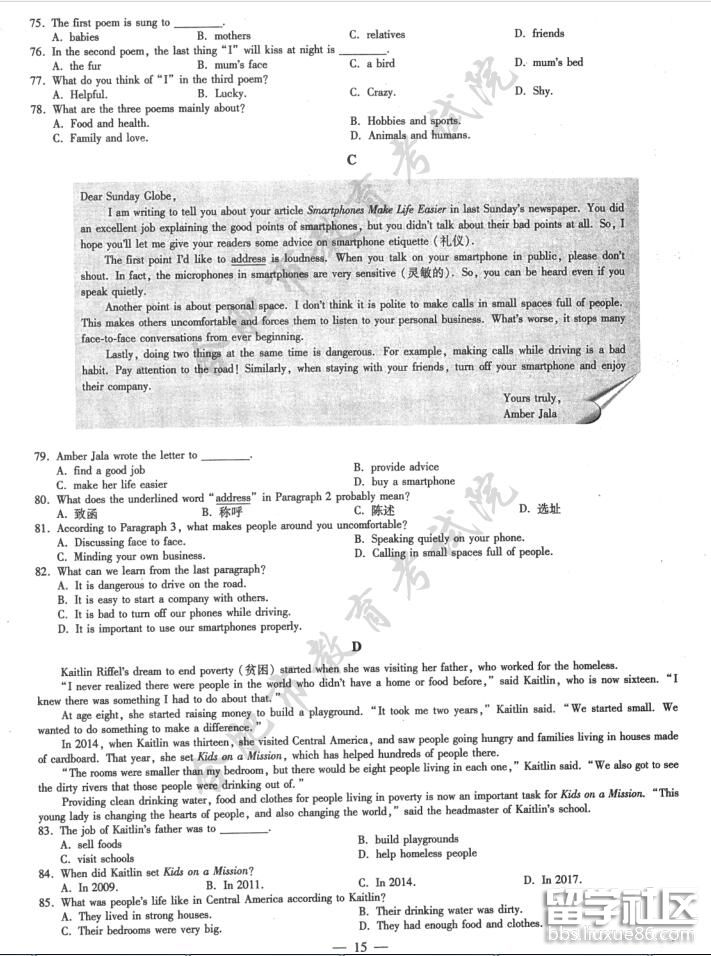 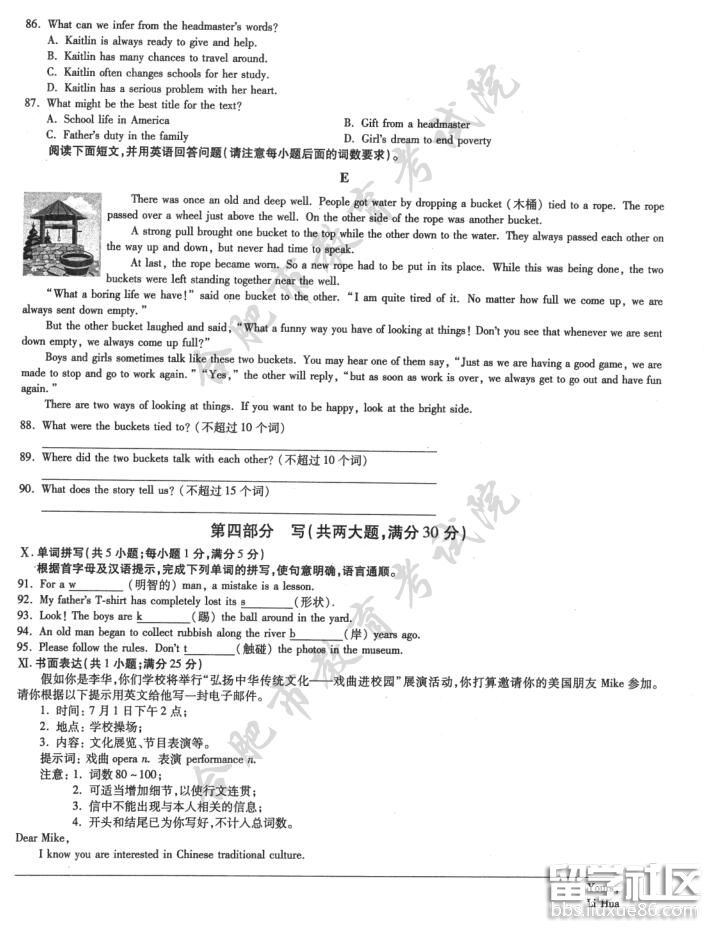 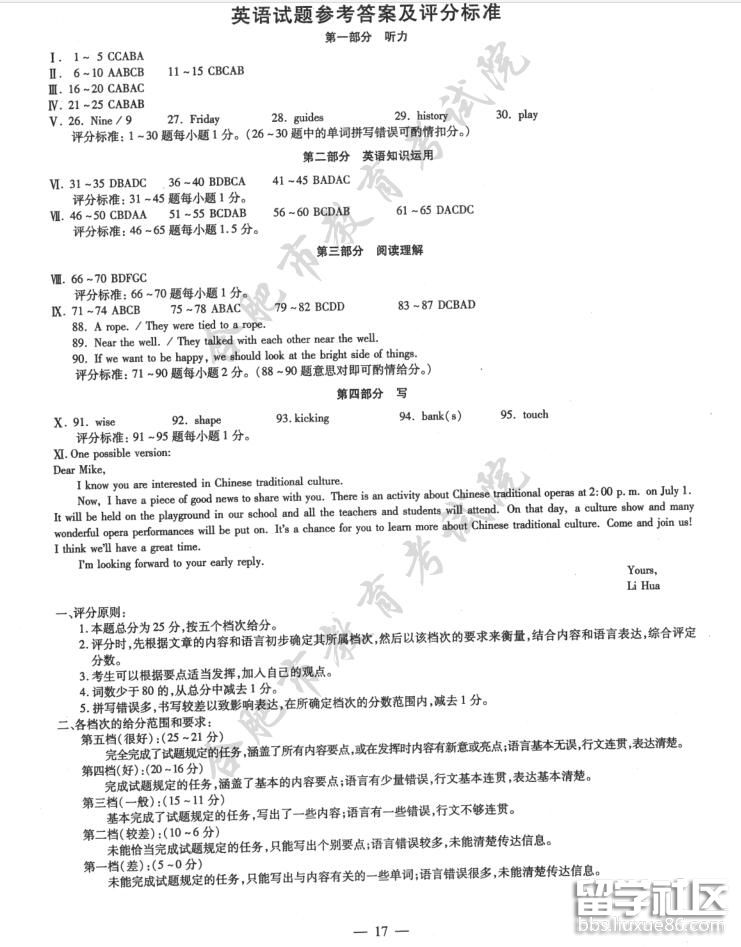 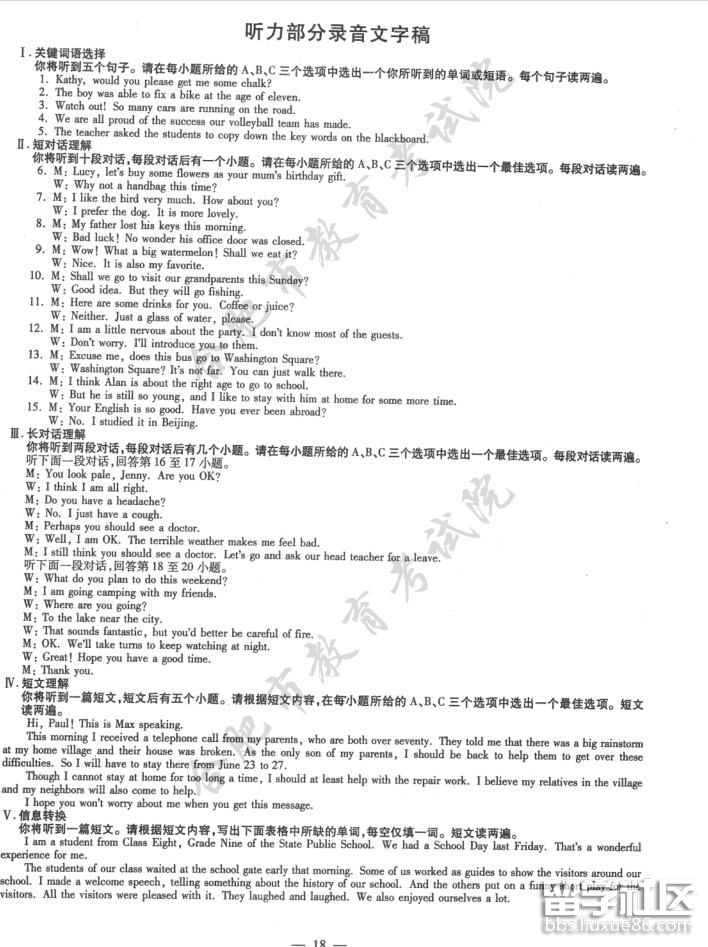 中考英语阅读：Tom Broke a Plate or a Gold Watch

Nasreddin was a poor man, so he tried to grow __1__ he could in his own garden, so that he would not have to buy so many in the market.

One evening he heard a noise in his garden and looked out of the window. A white ox had got into the garden and __2__ his vegetables. Nasreddin at once took his stick, ran out and chased the ox, but he was too old to catch it. When he got back to his garden, he found that the ox had ruined most of his precious vegetables.

__3__, while he __4__ in the street near his house, he saw a cart with two white oxen which looked very much like the one that __5__ his vegetables. He was carrying his stick with him, __6__ he at once began to beat the two oxen with it. As neither of them looked more like the ox that had eaten his vegetables than the other, he beat both of them equally hard.

The owner of the ox and cart was drinking coffee in a __7__ coffee-house. When he saw __8__ Nasreddin was doing __9__ his animals, he ran out and shouted, “What are you doing? What have those poor animals done to you for you to beat them like that?”

“You keep out this!” Nasreddin shouted back, “This is a matter between me and one of these two oxen. He knows very well __10__ I am beating him!”