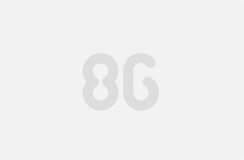 American community colleges offer international students a cheaper entry point into their higher education pursuits via low tuition rates on freshman and sophomore level classes, often with the added bonus of an easier transition to U.S.-style academics, experts say. Students then transfer to four-year schools to complete their bachelor's degree.

For instance, the tuition and fees at Diablo Valley College in Northern California are nearly $6,000 for 24 credits, while it costs more than $16,500 for the same number of credits at nearby San Jose State University. Based on two years of attending community college, the price difference and savings could be enough to pay for a student's junior year of tuition, fees, textbooks, and meals.

Using those saved funds, students have a variety of college choices to choose from for the latter two years. Washington's Green River Community College, for instance, will attract around 100 four-year schools from around the country for a college fair later this month, including Johns Hopkins University,Ohio State University, and Arizona State University, says Ross Jennings, Green River's associate vice president of international programs.